A 2015′ 70-foot Aluminum Powered Catamaran, the Sibon Jaya is an impeccably built and luxurious surfing charter boat. The ship offers speed, stability, smooth sailing and unparalleled comfort and luxury amenities configured to provide the finest surf experience anyone could expect in the Mentawai islands.
This charter has two options of either exploring all the classic Mentawai breaks from Thunders in the Southern islands to the infamous Playgrounds area in the North or further North to the Simelue, Telo, Hinako and Banyak islands area. Either way- if you want some luxury and style when scoring the waves of your life- then Sibon Jaya is the perfect choice!

Depending on the forecast conditions and on the guests wishes, the boat can make the common Mentawais routes (Iceland, Telescopes, Suicides, Scarecrows, Lances left and right, Hollow Trees, Macaronis, Thunders, Rags, The Hole and some other spots).
Or for an extra small charge (to cover fuel) she explores the Simelue and Telo islands area (Slayers, Pasti, Skatepark, Facas, Monkes, Spika, Max Right, Churches, Gt’s and some other secrets), as well as the Hinako Islands; Banyaks (treasure island, Cobras, Turtles, Gunturos, Bay of Plenty and some other secrets).
You have seen the flawless waves in mags and vid’s… The Mentawai Islands attracts swell all year round with more perfect peeling left and right-handers in one region than anywhere on earth.
Situated roughly 100 km off the west coast of Sumatra on the equator, these pristine islands are amongst the most beautiful in the world with four large islands making up the Mentawai archipelago, surrounded by many smaller ones.
Crystal clear water, golden beaches and palm trees line the shores with classic reefs, point breaks and beach breaks, which offer waves for ALL standards of surfing ability.
Depending on the season, waves vary in size from 2 to 12 foot with the average wave height being about 4-5 ft. (head ½ high or 8ft faces) they can range anywhere from fun sized walls to awesome stand-up barrels.
The wet season starts in mid-October and lasts until late March-April, with the swells dropping to a more comfortable fun size coupled with some of the most uncrowded line-ups. Winds during this time are variable and glassy. Check for the low season specials during this period.
April is the beginning of dry season, which coincides with the start of the swell season. The Southern hemisphere swells start pulsing up the Indian Ocean with peak swell season being June through to September. This period also sees the winds turn to a favourable easterly direction.
Air and water temperatures range between 27-30 degrees C all year round.

A 2015′ 70-foot Aluminum Powered Catamaran, the Sibon Jaya is an impeccably built and luxurious surfing charter boat. The ship offers speed, stability, smooth sailing and unparalleled comfort and luxury amenities configured to provide the finest surf experience anyone could expect in the Mentawai islands.
Built with large windows throughout the boat, it offers spectacular views from all angles in the living room. Overall, the boat is roomy, comfortable, and enjoyable across all areas. Loaded with cutting-edge lightweight eco-efficient motors, the Sibon Jaya cruises at speeds of up to 13 knots.
Indoor spaces are air-conditioned, there are tinted glasses, shades, and thermal insulation throughout the boat. An entertainment sound system, 42′ LCD TV, and DVD player, as well as fans and Watermaker / Desalinator,  are also available.
The rooms provide comfortable beds, luxury bed linens, reading lights, and 220V power outlets. Bathrooms have a hot shower and bidet toilet seats. Blackout and mosquito nets on all Hatches and the suites’ doors and walls are sound insulated.
Rear upper deck displays a spacious area with many sofas and lots of room to entertain, enjoy a cold beverage, or lay down while watching perfect waves and magnificent colourful Sunsets unique to the Mentawai Islands.
The ample submersible swim platform affords easy access to the water for leisure activities and connects life on board with the sea. These carefully planned features were in mind, so you feel you’re experiencing a 5-Star service.

They always have a couple of lines out when underway, whether it is dinner or sport you’re after, they’ll do their best to hook you up. There are kayaks and SUP’s on-board as well to explore the inner lagoons and wander ashore to deserted islands to beachcomb. They also have on-board snorkelling gear. 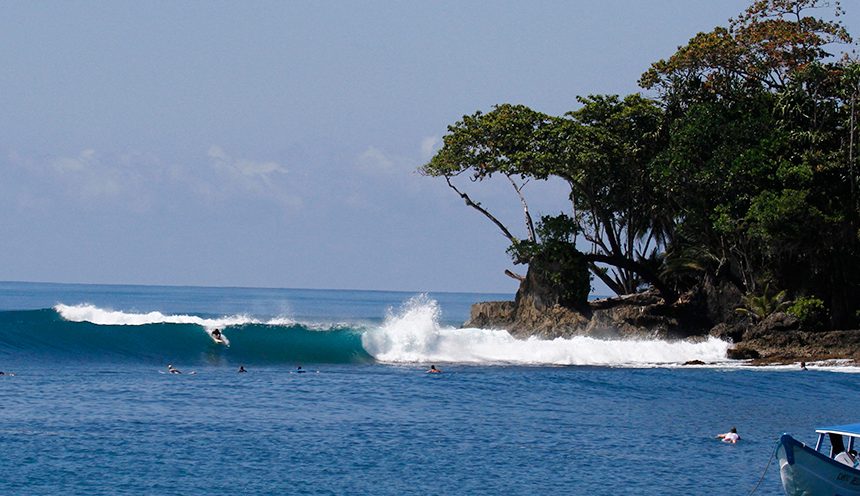 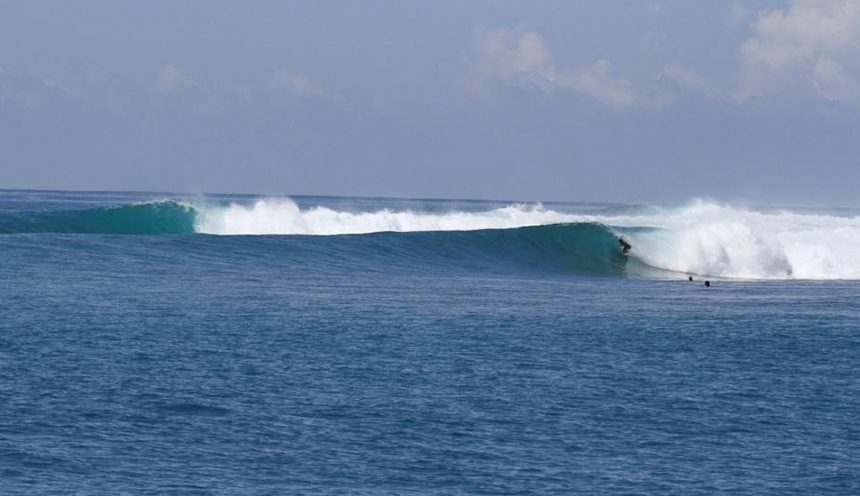